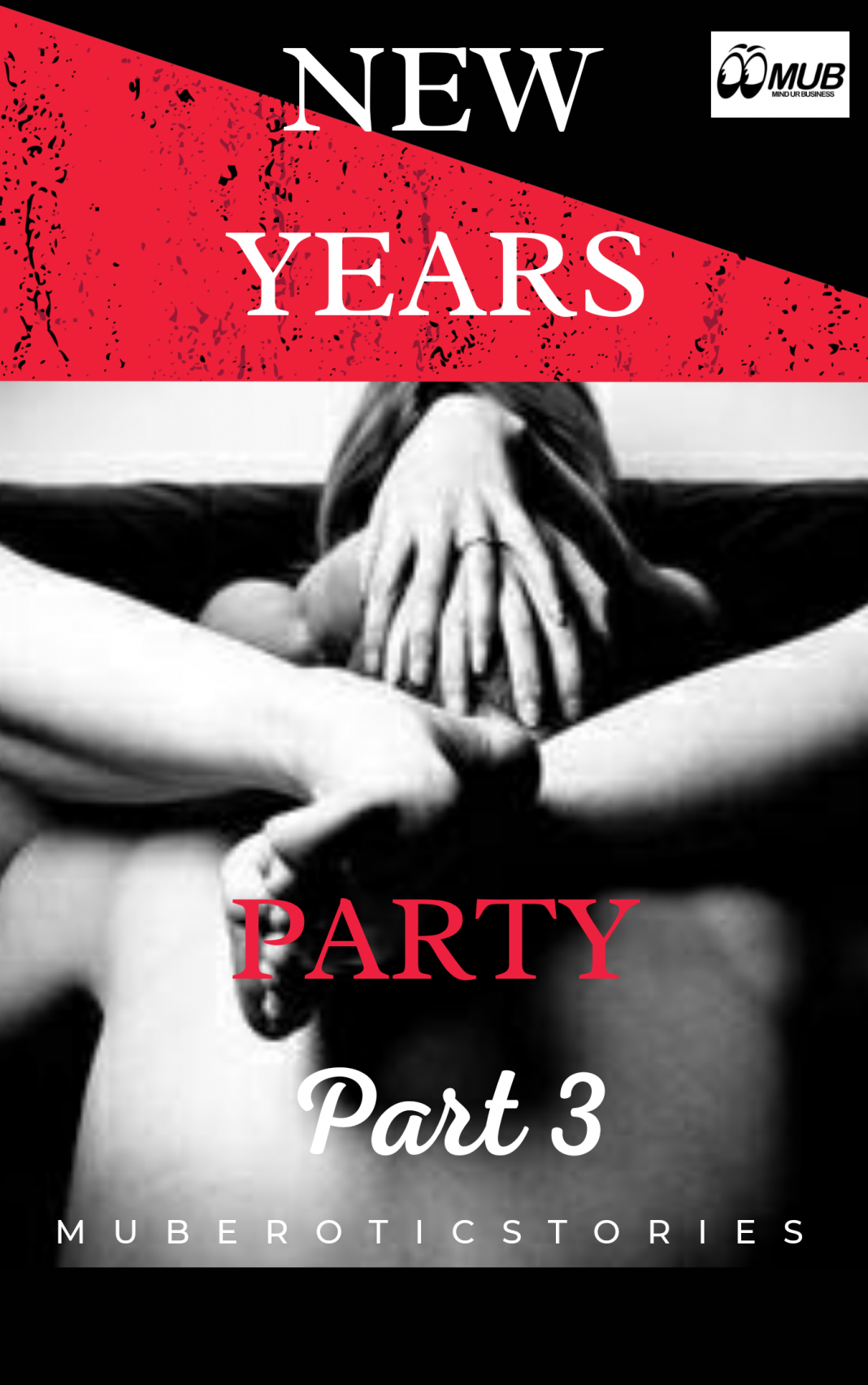 “Did you just …” Denisha’s face looked tense as though my words were about to hammer into her soul. ” never mind. Are you feeling better?”

“Yes. I am,” she replied letting off a soft breath of relief.

Something felt off…Why was her hair in a mess? Why did Akeem come down after her? What were they doing up there? So many questions were pouring into my head. She wouldn’t, would she? Denisha wasn’t the type of girl to have sex with someone she wasn’t connected to right?  Besides she’s not into Akeem.

“How about you? Are you feeling better?” She asked.

I forgot that earlier I lied and told her that my stomach was upset as an escape tactic to go fuck Alicia.

“Yes, I’m much better. The burger must have upset my belly.”

“I guess Akeem was right, his girlfriend can’t cook to save her fucking life,” she said while laughing out.

Something was off. Although she probably meant it as a joke. I could hear a slight bit of hatred in her tone… It must be the guilt of ditching her to go fuck my best friend’s woman getting to me. Denish had no reason to hate Alicia. She didn’t even know her.

‘I wonder if she heard us in the bathroom? I remember hearing some scruffle on the other side of the door but I was too busy enjoying Alicia’s pussy to give a fuck. Besides, if she heard us she would have asked me to take her home or maybe that explains the reason why she went back upstairs with Akeem. She fuck him for revenge. FUCK! There I go again overthinking things. Relax you dumb fuck. She’s still here right… still, I need to make sure.’

“Are you ready to go home?”

“Why the fuck would I want to go home? There’s nothing home for me to do.”

“I’m bored because you keep disappearing on me. If you knew that you brought me here to play magician, you could have told me you changed your mind.”

“I’m sorry. I’m all yours now.” Those words put a warm smile on her face. She immediately turned around and began to dance on me. “Dammm her ass felt good. I thought my dick was exhausted from exploding in Alicia but I could feel it beginning to rise as Denisha pressed her ass back on me. All I could think about was removing her clothes and forcing my dick inside her. It took every strength in my body to prevent my dick from getting hard. I even went as far as thinking about dead animals.

“Well, let’s go get one. I’m not letting you out of my sight,” she said as she locked her hands between mine.

“I’m still wet. I told Akeem I’m going home to change and come back. If you’re with that bitch, fucking ditch her and give me more of that sweet dick of yours. I’m parked at the back of the house. My pussy is calling your name.”

That message made my dick start to pulse. I quickly closed it and looked at Denisha hoping that she didn’t see the message. Thankfully she was taking a sip out of her cup. Once again the urge to fuck Alicia slowly started to rush through my body. However, my biggest obstacle was locked to my right hand. How the fuck am I going to get away this time? I’m sure she’s not going to let me out of her sight even if I told her I’m going to take a shit, besides, I promised her that I wouldn’t leave her side again. I really fucked myself up this time. I took out my phone to reply to Alicia hoping I could buy some time while I think of a plan.

“Don’t even think about it.” Said Denisha as she snatched my phone out of my hand and placed it in her pocket. “It’s my time now.”

“I just need to send 1 message and I promise, I’ll be all yours.”

She reached up, bite my ear, and whispered “No.”

I was mad but I couldn’t show it because I’m the one who invited her here. We went to the bar, took a few shots, and went back to our spot with a Corona in hand. I tried my best to enjoy Denisha’s ass rubbing against my dick as she danced to Tian Winter’s new song but I was caught up in trying to find a way to ditch her; although I knew it might be impossible this time.

“Why aren’t you dancing?” She asked.

I was so caught up in my thoughts that I didn’t realize that I had completely stopped moving.

“It must be the alcohol getting to me,” I replied. Suddenly her facial expression changed.

“You fucking lie! You’re thinking about her aren’t you!”

Denisha looked over at Akeem who had his hands around two ladies; a few distances from us. Everyone was slightly looking in our direction since Denisha made that outburst.

“Do you really want me to call her name?”

‘FUCK! I didn’t need a second thought to figure out that Denisha knew everything. I had a feeling she was outside the bathroom door and it was obvious that she had seen the message. FUCK… I quickly took her hands and pulled her outside. I took her to the side of the house that faced the bushes; away from everyone just incased the worse happened.

“You don’t have to explain shit to me…but why did you bring me here if you knew you had other plans? Do you enjoy fucking with my heart?”

“Don’t… Don’t say a word Javon. I’m the fool for getting so excited about spend time with you. I was hoping that the little tease I gave you earlier when I showed you my body would have put you in the mood to fuck me… but it’s obvious now that I’m not your type.”

“That’s not true… You are my type. From the moment you turned and walk away in the supermarket, I thought about shoving my dick between your legs.”

“So why wasn’t I the one you were fucking in the bathroom? Why did you pick her over me?”

“I… I… didn’t pick her over you. I just wasn’t sure how you felt about me so I didn’t want to make any sudden move. Alicia on the other hand she knows what she wants. She makes the plans and…”

Before I could finish my sentence, Denisha pushed me against the wall and almost lost her tongue in my mouth. While she kissed me she began to remove my shirt.

“Wait…” I said as I held her hands. “There are rooms inside.”

“Fuck the rooms. I want you to fuck me right here.” She replied as she slide my shirt off and slowly began to kiss my chest.

“I’ve never sucked a dick in my life so don’t judge me,” she said as she worked her way lower, and then fell to her knees. She pulled down my Jeans and played with me through my boxers, giggling softly.  She then pulled down my boxers and began to kiss and lick my dick, teasing the fuck out of me.  After a few seconds, she slowly took it into her mouth. Slowly she worked it, taking it in and out of her mouth, sucking softly at first…then picked up the speed a little, it felt so fucking good that I was tempted to hold onto her head and choke her with my dick.

A few feet away from where we were, was an old plastic sunbed. I pulled her over to it and playfully pushed her down onto her back. I gave her a deep kiss before working my way down her to her breast. I softly sucked on her nipples while slowly running my hand between her legs.  I sucked on her nipples more as I played with her through her jeans. I enjoy the sound of her moaning. I slowly moved my body between her legs and slowly pulling off her jeans as she trembled with anticipation.

I lowered my face between her legs.  She moaned with pleasure as my tongue softly began working her clit.  Slowly, I licked the tip then dive in and give it a deep suck. I worked my tongue, sucking and licking away as she quivered with sensation. To increase the pleasure, I slid 2 fingers inside of her, one right after the other as I licked away.  I could tell that she was trying her best not to scream out. Without a second thought, I slid a third finger into her ass as I picked up the pace, licking and sucking her a little faster as my fingers fucked her pussy and ass.

Her moaning increased as I continued, sucking hard on her clit while finger fucking both holes.  After several minutes, I stopped and climbed on top of her. I gave her a long deep kiss, then began to nibble her neck softly.

“I want you inside me now”, she ordered.  I slowly slid just the head of my dick in and out of her soaked pussy.

“Stop teasing and fuck me”, she demanded. I wanted to tease her some more but I decided to give her what she wanted.  With one smooth motion, I slid my dick into her pussy as deep as possible. I felt her fingers sinking into my back.

“I want you inside me pleaseeee”, she begged as  I spanked her again and asked once more.

“Fuck me please. I really need your dick back inside me”, she begged.

I spanked her 1 more time then slowly inserted my dick inside her as she moaned with pleasure.  Again, slow at first, and then a little faster, and faster.  I fucked her hard and fast as she moaned and cried out; It was all she could do to keep from screaming with pleasure as I continued thrusting with all my might.  In and out, again and again, until I could hold off no more. I buried myself deep inside her dripping pussy and blasted my load inside of her as her whole body shook from the mind-blowing orgasm she received.

I held myself there for several moments before we both collapsed on the sunbed. It was only after we caught ourselves that we noticed how dirty we were from the fucking on the sunbed before wiping it off. We decided to go straight to the car and take our leave.

As I was about to walk out the gate. I felt a hand aggressively grab the back of my neck. As I turned around to see who it was, I got a solid … (final episode coming this Sunday)

Under Bed Nor Ground Part 2

Under Bed Nor Ground

Well when we ever going to learn

Wow i can’t wait for the next episode i enjoy all of it. Great work