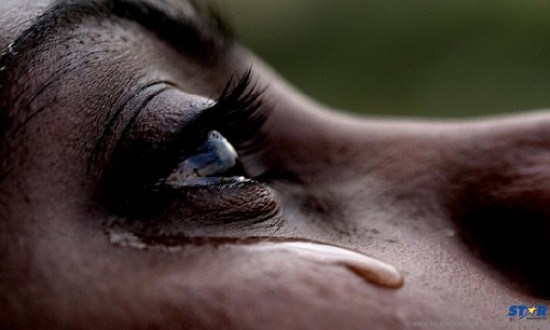 I am a mother of 3, and I want people who are well off that love to run their fucking mouths when they have no idea what poor people are going through to know the reality of some of us poor people.

Yesterday, I spent my last 20 dollars topping up my phone so that my two children who are currently going to secondary school can get to complete some of their assignments.

MUB, I worked in a restaurant and I got laid off. MUB, not one of the children’s fathers can afford to help me out. I don’t blame them because they can barely take care of themselves. Since I started working, I have been living paycheck to paycheck. Thank God for the little old house that my grandmother left for me because I don’t know what I would do if I was paying rent.

MUB, when they first locked down the country, I went to sleep many nights crying because I had to go sleep hungry so my children could eat. MUB, I am poor and I accept that but I got a job so I can at least provide for my children but now I don’t have a job and no one hiring, what am I suppose to do. I can’t beg anymore because people start saying they don’t have to give.

MUB, I’m not writing to you to beg for assistance but for you and others to see what is really going on. MUB, I blame the government for their fucking incompetence and the poor decisions that have caused people like me to be suffering now. They make laws without thinking or putting things in place to ensure poor people who really have no other means to feed them fucking selves and them pickney can survive. They fattening up their fucking pockets and don’t give a fuck about poor people. They don’t know how it feels to not being able to work and can’t feed your children. Days now I’m trying to get my representative just so I can ask him to help me out with little internet so my children can do their work. Up to now, the man na shit pan me.

Ok fine, a lot of you going to say the government not responsible because they trying to do the right thing. I’ll ask you this, what is the “right thing and for who are these decisions for because they surely not benefiting me and the hundreds of other poor fucking people who refuse to say anything.

MUB, what about this remote learning thing? How can a poor woman like me afford to assist my children with online learning? The cheap stupid fucking tablets that I have been calling since the beginning of time because they stopped working and now my money done because I have to keep buying data what am I suppose to do?

All the minters do is run their fucking mouths and behave like they too concern, and don’t do shit. Days now I have been calling about this so-called food package and up to now, no one can point me in the right direction. Always some run-around story or they put you on hold until your credit done.

MUB, right now I fucking fed up. Ok fine, let me suffer because of my bad decisions growing up but how the fuck the Minister and the ones up at the Ministry of fucking Education can be preaching online learning and putting the necessary things such as a proper working device and internet so that student can easily access? You mean to tell me from since the first lockdown when everyone was complaining their stupid fucking ass didn’t see the need to start putting things in place? Most of you not going to feel it because you have money to buy devices and pay for internet.

MUB, I not ALP OR UPP because I hate the fucking UPP government too because I lost my good paying job because of them but I remember when they gave out the tablets the children could go on the internet between a certain time so obviously something like that possible.

MUB, people always chat and criticize when people talk about their situation and that’s because they don’t understand the struggles of reality. Well, this is my reality and I want to vent about it. This morning I woke up crying because I know what I have to face. The same friend I was talking to about selling her body for money I had to bite my fucking tongue and call her this morning to see so she can arrange for some fucking man with money to fuck me later so I can get money to feed my children, and that is the fucking reality I’m going and have to deal with until I can start working again.

MUB, what I want you to understand is, I’m not the only one that is suffering, and what I realize is the people that are responsible for addressing these issues are not doing anything but run their fucking sweet mouth, and make empty promises because the reality is they don’t give a fuck about anyone but themselves and their family.

Signed a beyond frustrated mother.

His Mother’s Cooking Upsets My Stomach

My Sister Thief $200 To Buy Gift For Man

Am know what u are going throug and am a young mother of 4 so i can relate . So hold the faith and be strong

Keep praying….I know we are living in some difficult times..we should come together and help her.