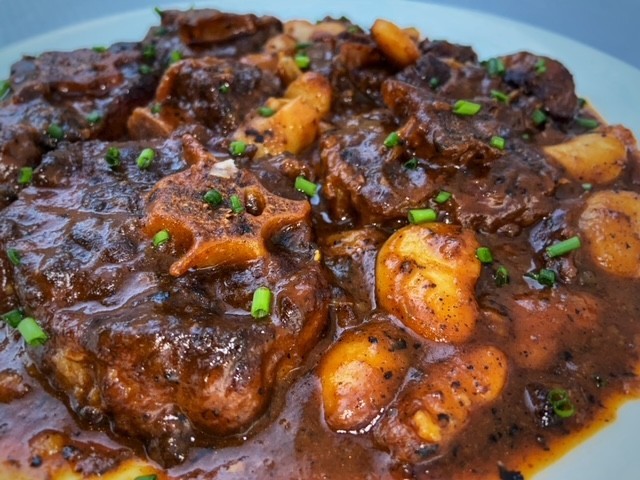 The fact that she wrote to you means that she doesn’t see anything wrong with what she did. I see everyone is on my case about bringing her a chicken lunch instead of the oxtail that she asked for, but let me explain what happened.

I would be a madman to ask a woman what she wanted and not have enough money to buy whatever she asked for. Who does that? We started talking in late July. She had just came out of a  bad relationship so I wasn’t pushing anything because I didn’t want to be just a rebound guy.

I’ve had my eyes on her for a while so I waiting until she kinda got over the dude before we started going out. Since week Monday, whenever I went for my lunch, I would ask her what she wanted to eat and I would buy it and take it for her. For the whole of last week, I have been bringing her chicken lunch. Even yesterday, I brought her stew turkey.

Today she said she wanted to try something different so she asked for the oxtail. I went to two places, but they didn’t have any so I was trying to call her to let her know that I couldn’t get any oxtail, but she didn’t answer the phone. I only have an hour for lunch so rather than go back empty handed, and she is left hungry I did the next best thing and bought her the chicken lunch.

She was of the opinion that I should have used up my lunch trying to get her the oxtail. She said if I really wanted to get it for her I would have gone more than two places. She pissed me off so I let her know that she is fucking ungrateful.

I was waiting for her to send me a message apologizing for her behavior, but she decided to write to you. I have nothing else to say to her. Her behavior said a lot today.

My GF Wants To F##k A Guy To Even Things

He Wanted The Open Relationship So Why He Vex?

His Receipt Makes Me Believe He Is Cheating (Part 2)

I would have done with her also

I applaude u for trying. You were selfless other ppl would know is one hr and say fuck that.

3
ABOUT US
MUB is an entertainment platform that brings real stories and nuances of everyday life to a global audience. The stories are relatable, honest, and sometimes strategically raw.
Contact us: mindurbizzservices@gmail.com
FOLLOW US
© COPYRIGHT - MindUrBizz 2018- 2022
error: Content is protected !!
wpDiscuz
3
0
Would love your thoughts, please comment.x
()
x
| Reply
MORE STORIES